What’s better than watching your hard-earned dollars hit your bank account on payday?

Not much – except that if you’re a woman, checking your direct deposit pay stub can be a letdown. Why? Because the gender pay gap – or the gap between what men and women earn – is very much alive and well. This means that you could be earning more money for doing the same job you do right now.

This is why it’s important that we understand the premise behind Equal Pay Day and learn how to raise awareness about paycheck inequality. Equal Pay Day, which landed on April 2 2019, symbolizes how far into the year women had to work in order to earn what men earned during 2018. This means women had to work for three more months just to earn the same amount as their male counterparts!

How Wide Is the Gender Pay Gap?

According to the American Association of University Women (AAUW), women in the U.S. who work full-time year-round make 82% of what men do.

When earnings for men and women are broken down further, by ethnicity or for certain professions, the gap becomes more pronounced. Hispanic and Latina women, for example, face the biggest gap, earning just 53 percent of what the average white man does. In terms of career paths, the gap is widest among financial managers, with women earning 35 percent less than their male colleagues.

“The less money women earn over the course of their careers, the less money they’re able to save for retirement,” says financial coach Maggie Germano.

“To make matters worse, women live longer than men, so they have less money to stretch over a longer period of time,” says Germano.

The gender pay gap is closing, but slowly. In fact, it’ll take about 200 years for the gap to close completely, if earnings keep growing at the current pace. What does this mean for women who are trying to build up their savings and plan for the future now? Germano recommends that women start by negotiating a higher salary.

Here are five other ways to just say ‘no’ to unfair pay:

Red is the unofficial color code of Equal Pay Day. It’s meant to symbolize how the gender pay gap keeps women in the red financially when it comes to what they earn. Wearing red to the office and encouraging your co-workers and friends to do the same is a simple way to show solidarity for women workers and the equal pay movement as a whole.

Closing the gender pay gap for good in the U.S. becomes easier when there are laws in place that require equal pay for men and women across the board. It’s up to legislators to introduce bills that can make these kinds of laws a reality. This is an opportunity for you to make a difference.

“You can lobby your politicians to pass equal pay laws,” Germano says.

If you don’t know who your local and state legislators are, get to know them. From there, you can launch an email or letter writing campaign asking them to back the passage of federal laws for equal pay. If you want to do more than just write letters, you can create a petition championing equal pay and submit it to the White House.

3. Encourage Your Employer to Open Up About Pay

Asking your cubicle neighbor how much he earns is generally considered taboo. But you can get a sense of the pay scale by going straight to the top.

Specifically, this means asking your employer to be transparent about compensation for different roles within the company. When pay scales are transparent, this can help raise awareness about what does or doesn’t constitute equal pay.

But don’t be surprised if you’re met with some resistance. Since 2010, the percentage of employers that disclose pay information on a wide scale to employees has been shrinking steadily. In a 2019 survey, just eight percent of companies said they planned to share pay ranges and employee pay information with all their employees.

Still, it’s worth making the effort. Reach out to your HR department and ask what pay range details are available. And encourage your co-workers to do the same.

“The workplace is a big place for impact when the voice for disclosures is coming from the employees themselves, and in particular, the male employees, knowing they also want a fair and equal work environment,” says Kristin Hull, founder and CEO of Nia Impact Capital, a women-led registered investment advisor firm.

Hull also says that the call on the part of investors for companies to share disclosures is leading to improvements.

“Once companies decide to disclose their data, they actually take a look at it, and are more likely to make internal improvements when they’re being public about their pay gaps,” she says.

4. Give Equal Pay a Social Media Shout Out

Let your followers know you’re in favor of equal pay by launching a social media blitz.

Tweet to your lawmakers asking for equal pay legislation. Repost news articles or studies on equal pay to your feeds. Take a poll asking your followers what they think about the gender wage gap. Upload a video clip or a host a short live feed letting people know why the wage gap needs to be closed.

5. Donate for the Cause

Last but not least, you can show your support for equal pay by donating to a nonprofit that advocates for women and minority workers. It doesn’t have to be a huge donation; just something to show that you care about making the wage gap a thing of the past.

If you’re looking for organizations to donate to, consider Equal Pay Today, the National Women’s Law Center or the AAUW.

How Will You Show Support for Equal Pay?

Are you ready to do your part to close the gender wage gap? You can start by using these five tips to help women earn and save more money. 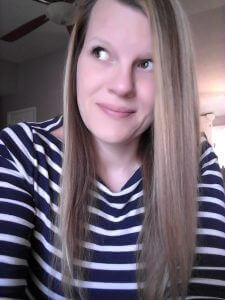