The Costs of Owning an Electric Car: What You Should Know

Thinking of swapping out your gas-powered vehicle for an electric one? Here are all the costs you’ll need to consider before buying an electric car. 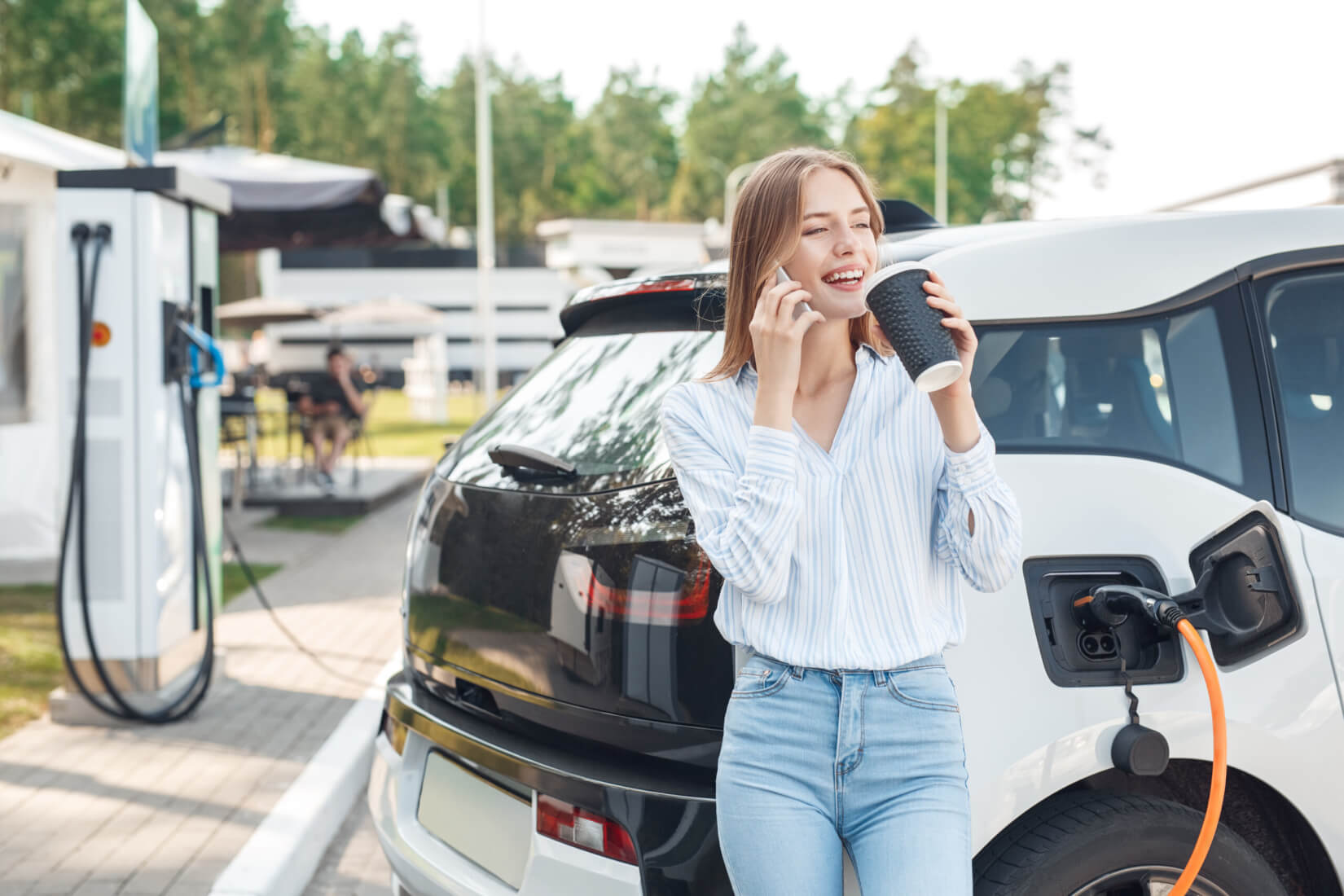 The popularity of electric vehicles (EVs) is on the rise, and EVs are becoming more mainstream — just look at all these 2022 Super Bowl ads. As U.S. gas prices continue to skyrocket and environmental concerns become more pressing, many believe that electric vehicles will soon outnumber internal combustion engine (ICE) vehicles. In fact, as part of President Biden’s “Build Back Better” agenda, his administration hopes that half of all new cars sold in the U.S. by 2030 will be electric.

Almost 50% of the U.S. population is in support of phasing out gasoline cars. If you’re part of that percentage or are thinking of buying an electric car, you’ll need to fully familiarize yourself with all the costs associated with owning an electric vehicle. Due to the novel nature of EVs, there might be some expenses that you didn’t know about, so make sure you understand the cost advantages, as well as disadvantages, before purchasing an electric car.

If you’re thinking about jumping on the electric car bandwagon, you’ll want to know about all the costs that come with owning an electric car. Some of these expenses may be expected, while others may surprise you.

Here’s what you’ll need to budget for if you are planning to make the switch to an electric vehicle.

Although electric cars are beginning to become more affordable, they’re still commonly considered expensive for the everyday consumer. It’ll probably come as no surprise to you that the average purchase price of an electric car is substantially higher than a gas-powered one. Take the 2022 Hyundai Kona Electric, for example, with a starting price of $35,245. In comparison, the 2022 Hyundai Kona (its gas-powered counterpart) is $22,545. That’s a whopping difference of $12,700 to opt for electric over gas-powered.

With that being said, there’s a government tax incentive for new all-electric, as well as hybrid, vehicles. The IRS allows a maximum federal tax credit of $7,500 on EVs. Not all EVs qualify for the incentive, but those that do may put the initial higher purchase price at — or even below — a traditional vehicle.

Because electric cars have a higher sale price, they will often also have a higher insurance premium. The purchase price makes a difference to insurers because claim payouts would be higher on a more expensive car. Electric cars are built with sophisticated parts, so it costs more to repair or replace these parts, which ultimately drives the insurance up.

According to ValuePenguin, the average cost of car insurance for an EV is about 23% more expensive than the cost of insurance for the equivalent ICE vehicle. But, of course, the actual price you’ll pay to insure your electric vehicle will depend on the kind of car you have, the insurance provider, and the type of coverage.

One of the most costly expenses associated with an electric vehicle is the price of replacing the battery. The frequency of battery replacement depends on how badly the battery degrades. The U.S. government mandates that manufacturers issue a battery warranty that lasts for a minimum of 8 years or up to 100,000 miles.

If you have to replace your EV battery after the warranty ends, be prepared to shell out quite a lot of money. Replacing an EV battery is currently more expensive than replacing a gas car’s engine. EV battery pack prices are always fluctuating, but on average, it can cost around $5,500 and can even be over $16,000 per battery. Because of the high cost of replacing an EV battery, some EV models offer battery leasing to lower the overall cost of the car. This way, drivers can buy the vehicle but lease the battery from the manufacturer, paying monthly rent for the battery. Depending on the car and your usage, leasing a battery will typically cost around $66 to $133 per month, and as long as you own the vehicle, you’ll have to keep paying every month.

The good news is that EVs are a lot cheaper to maintain than ICE vehicles. Electric vehicles have fewer moving parts, meaning there are fewer systems that need servicing. While things like oil changes and engine tuneups will no longer apply to an EV, you’ll still have to upkeep the common parts, such as the tires, brakes, fluid, and suspension — as you would any car.

All in all, maintenance costs remain significantly less for electric cars. A survey by Consumer Reports found that owners of EVs are saving an average of 50% on maintenance over their vehicle’s life compared to owners of gas-powered vehicles.

Routine maintenance on an EV tends to be less than that needed for an ICE vehicle, but if something goes seriously wrong with an EV’s technology, you could be dealing with a very hefty repair bill. That’s mainly because EV manufacturers are typically not held to the same repair laws as ICE car manufacturers. Though not a federal law yet, the Massachusetts Motor Vehicle Owners’ Right to Repair Act mandated that ICE car manufacturers by law have to reveal details about their cars so that independent repair shops have all information and tools necessary to service the vehicles.

However, due to the general novelty of electric cars, it’s a grey area on whether or not EV manufacturers can deem their vehicles intellectual property and can prevent an owner from tampering with the car. Because there’s currently no federal right to repair laws in place, EV owners might be forced to deal with repair issues directly from the dealer rather than using a local or independent mechanic — which is often a fraction of the cost of what a dealer would charge.

The important thing to keep in mind is that EV charging stations can be difficult to find and further away than anticipated. Not to mention, the time needed to fully charge an electric vehicle can be a huge nuisance. Depending on the size of the battery and the speed of the charging point, the time it takes to charge an EV can be as little as 30 minutes or more than 12 hours. This is why the vast majority of EV owners charge their cars at home.

The cheapest and most convenient way to charge your EV is overnight at home. While installing an EV charging station at home has higher upfront costs, the amount of savings on a monthly basis compared to using a public charging station or paying for gas will be more cost-effective in the long run. When installing a home charging station, prices vary depending on location, the type of station to install (level 1 or level 2), and whether it’s portable or hardwired to the home. According to HomeAdvisor, level 1 charging stations start between $300 to $600, and level 2 costs between $500 and $2,200.

The installation cost is one thing, but you’ll also need to factor in the price of electricity. The national average cost for electricity is just over $0.13 per kWh, but this number varies tremendously by state. Depending on how often you use your vehicle, regularly charging it at home on average will add around $30 – $70 to your monthly electricity bill, but the dollar amount you get will most likely be lower than what you pay each month to buy gasoline for an ICE vehicle.

When it’s time to sell your EV, don’t be surprised if it has dropped significantly in value. Compared to a traditional gas-powered car, electric vehicles tend to have a higher depreciation rate. According to Bloomberg | Quint, “the average resale value of electric vehicles and plug-in hybrids is less than 40% of the original purchase price.” This is compared to the average 50% to 70% resale value of traditional cars. This discrepancy is due in large part to the fact that consumers are concerned about the performance and quality of old EV batteries, which make them harder to sell.

Another reason for the depreciation could be that consumer preference is growing more and more toward SUVs and trucks rather than sedans and cars. And while there are some battery-powered SUVs coming on the market, there are still few electric options for SUVs and trucks.

How To Save for an Electric Car

Make your money grow faster by opening a High-Yield Savings Account through Chime. You can save money every time you make a purchase or get paid¹!

Are Electric Vehicles Worth It?

There may be more costs associated with owning an EV than you originally expected. Consider the initial sticker price — which could scare many drivers off — and the higher insurance premium, pricey battery replacement, increase in your monthly electricity bill, and depreciation of resale value.

However, in the long run, an EV will likely be cheaper to own than an ICE vehicle. You’ll save on fuel expenses, as well as on repairs and maintenance. And let’s not forget that you’ll also be helping the environment since EVs emit way fewer greenhouse gasses and air pollution over their lifetime compared to vehicles running on fossil fuels. Weigh all the costs and potential savings when trying to decide if an electric car is worth it for you.

You can argue that an electric car is more reliable because they have fewer parts than a gasoline-powered car, so less can go wrong. This is true to an extent. There will still be complications and problems that arise with EVs, just as there are with traditional cars. As time goes on and EV manufacturers improve their technology, it’s certainly possible that EVs will become undeniably more reliable vehicles.

Research shows that EVs cost significantly less to maintain than gasoline-powered vehicles. Because electric vehicles have fewer moving parts, they’ll generally need less maintenance. This could save you some money over the vehicle’s life.

Do you save money with electric cars?

There are ample opportunities to save money in the long term with an electric car. Consider some of the following ways you can save:

Now that you have a better understanding of what it costs to own and operate an electric car, you can take what you know and make an informed decision. Consider all the ways an electric vehicle can save you time and money, as well as help the environment. But don’t forget to assess the added expenses, as well.

Katana Dumont
Katana Dumont is a freelance writer and Digital Content Specialist. She writes articles focused on simplifying personal finance topics, with the hopes of educating young people on the importance of financial literacy.

Tips on How to Lower Your Car Insurance

Buy a Car vs. Lease a Car: What is right for you?

How to Plan for Your Car Maintenance on a Budget

What Credit Score Is Needed to Buy a Car?

Home › Blog › The Costs of Owning an Electric Car: What You Should Know