Though you’ve likely heard the statistic before, it bears repeating: In the United States, women get paid 80 cents for every dollar earned by men.

Over a 40-year career, that could amount to a difference of $406,760 in your savings account. When the earnings of women of color are compared to the earnings of white men, that lifetime earnings gap more than doubles, according to the National Women’s Law Center.

Recent research has suggested, however, that pay transparency could help close the wage gap. Here’s a look at the data, as well as advice for talking about your salary (even if your employer stays stuck in the dark ages).

How pay transparency can reduce the wage gap

When PayScale examined the “controlled” pay gap — which compares the wages of men and women with the same occupation, location, company size, experience, and education — it determined that women earn 98 cents for every dollar made by men. (While not nearly as drastic as 80 cents, even a 2% gap can add up over a lifetime of labor.)

PayScale then looked at the effect that transparent pay policies — i.e. “establishing data-informed pay ranges for job roles that are not cloaked in secrecy” — had on this gap.

Here’s what it found:

“The overall results are definitive,” the study stated.

“Transparent pay policies narrow the gender wage gap when all other compensable factors are accounted for and controlled, and completely closes across the majority of industries, occupations and job levels.”

Although the data doesn’t reveal the reasons for this, Wendy Brown, director of content marketing at PayScale, has a theory.

“We believe that sharing this pay data with employees acts as a forcing function, putting a spotlight on disparity in pay and motivating employers to make pay adjustments to pay all employees fairly,” she says.

3 keys to talking about salary with your peers

While PayScale’s data rightfully puts the onus on employers to enact more transparent policies, you don’t need to wait to talk about your paycheck.

Fostering salary transparency on an individual level can help you and your peers achieve equity — especially if you’re a woman.

As Lelia Gowland, negotiation coach and author of “You Got This: The Ultimate Negotiation Guide for Professional Women,” explained: “Encouraging women to talk openly with one another about salary can help normalize conversations about money, which ultimately can help women become better negotiators and advocates.”

Want to go transparent with your friends and colleagues? Here are some pointers.

1. Start with consent (and awkwardness)

Before diving in, Gowland suggests asking your peer: “Are you open to a candid conversation about money?” or “Do you mind if I talk in hard numbers?”

“Money talk can still make a lot of folks uncomfortable,” she says, “so I recommend starting by getting consent.”

To do so, you could say something like: “I feel a bit awkward bringing this up, but wanted to see if you might be open to sharing salary numbers.”

Then, volunteer to go first. As Sale says, “This plays on the idea of reciprocity and helps the person you’re asking feel more comfortable sharing in return.”

Not ready to straight up ask your colleague how much she makes? We get it — but you can still beat around the bush.

Sale, for example, advises asking “what others in similar roles earn.”

“This is a little less direct,” she says, “and often the other person will end up sharing their own numbers.”

Or, when speaking to someone who previously held your role, Gowland recommends framing it as: “Would you be comfortable sharing the salary range you think is appropriate for this role, based on your experience?”

This way, she says, “you’re not asking them to disclose what they made but are instead asking for their perspective.”

3. Talk to a diverse crew

According to Gowland, women tend to network with other women. But, when it comes to pay transparency, she says it’s vital to talk to men, too.

“Thanks to the wage gap, there’s a good chance your lady friends are paid less than their male peers,” she says.

“Be sure you’re talking with both men and women, so you get the most accurate wage information.”

Sale agrees, saying: “Where possible, these conversations should be held across races and genders, so we don’t perpetuate gaps… if women only talk to other women, we’ll be anchoring ourselves too low.”

Changing the conversation for good

Although employers have the biggest role to play in the transition to pay transparency — and the closing of the wage gap — women can do their part, too.

As Sale says: “While it’s uncomfortable to talk about money with friends and peers, it’s critical to fostering a more transparent culture around pay. Getting a sense of what others in similar roles earn can further your understanding of market rates — which change all the time — and help make sure your asks, when do you negotiate, are as assertive as possible.” 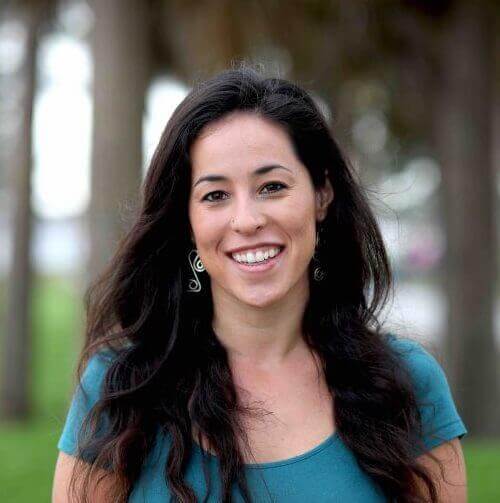