Payday Advance Apps: Are They a Good Way to Get Paid Early?

Payday advance apps can be a helpful way to get paid early when you’re in a cash crunch. Learn everything you need to know about payday advance apps, and if they are the right money move for you. 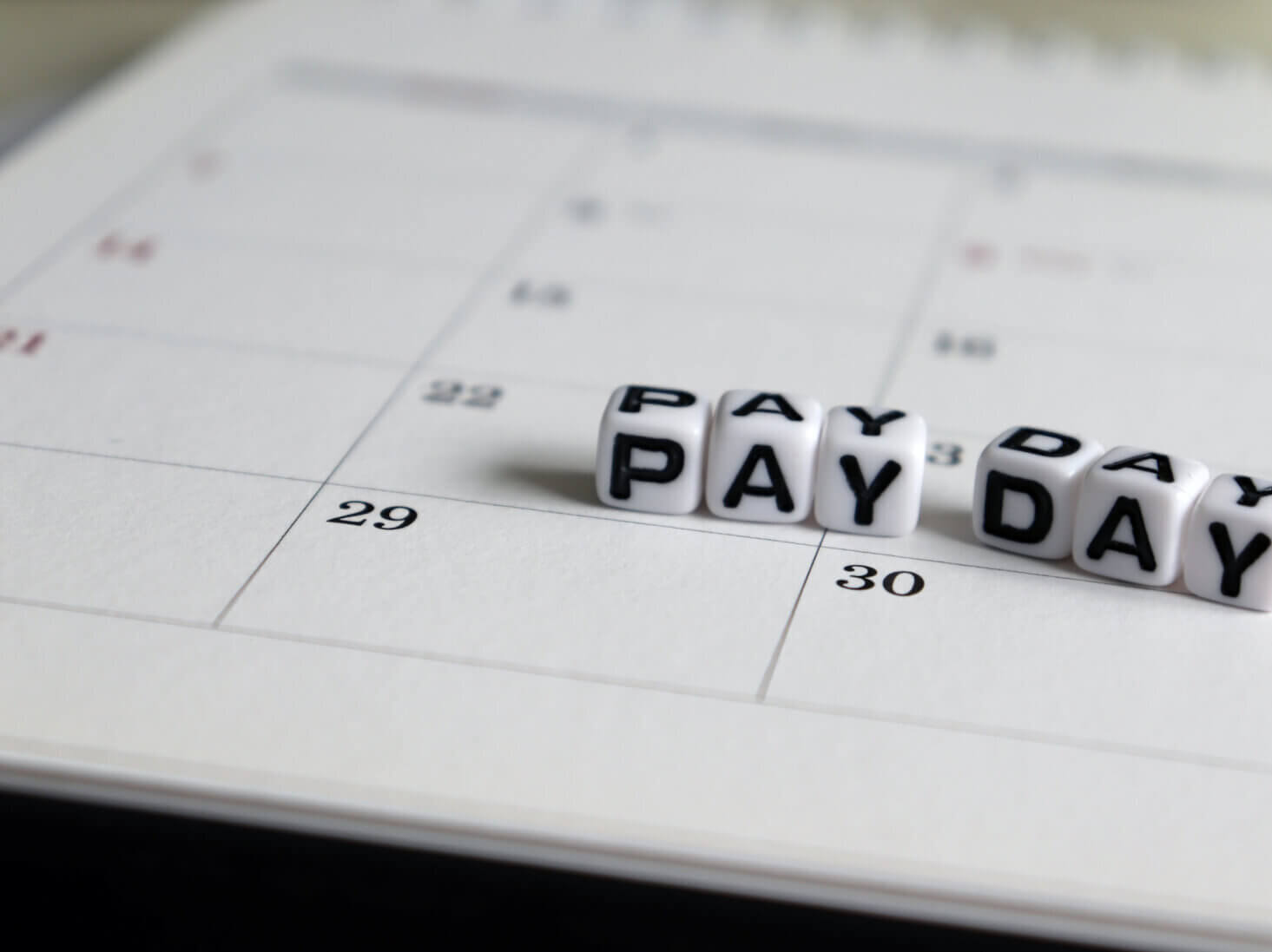 When a cash crunch hits and you need some extra funds, getting paid early seems pretty sweet. To help you get your cash even faster, you can now turn to a new crop of payday advance apps.

Yet, while these apps put money in your bank account when you need it, are they any good? Here’s what you need to know about cash advance apps.

Better banking for everyone

Payday advance apps operate on the same concept as payday loans, with some twists.

With a traditional payday loan, you give the payday advance lender your pay stubs and income information. They give you a loan, with the expectation that you’ll pay it back on your next payday. Sounds simple enough, but payday lenders can charge outrageously high fees and interest rates. In fact, the average interest rate is a staggering 391%.

For instance, payday advance apps like Earnin and Dave are designed to make getting a short-term loan from your paycheck easier.

“These types of apps allow users to access their earnings before the pay period by advancing them a portion of their earned wages,” says Atif Siddiqi, founder and CEO of Branch, a scheduling and payment app for hourly workers.

“When their paycheck comes in, the app withdraws that amount from their bank account,” says Siddiqi.

To summarize, payday advance apps are not loans but paycheck advances that allow workers to get paid earlier for the work they’ve already done, even if their paycheck is still several days away.

Nearly 54% of consumers in the U.S. live paycheck to paycheck and don’t have the means to meet both their basic needs and unexpected emergencies. These apps are a fast, convenient, and more affordable way to get an advance.

The downside? Being able to tap into your earnings ahead of payday can do more harm than good financially, especially if you’re not using the apps wisely.

“Since the amount borrowed automatically gets deducted when your paycheck hits your account, you need to remain aware about your payment dates and payment amounts,” Li says. “Like all credit products, it’s very easy to become dependent on these apps.”

“Set a limit for yourself to only borrow what you can afford to pay back,” he says.

Before using a payday advance app, review the following pros and cons:

5 payday advance apps you should know about

Whether you need a short-term advance to help you stay afloat or a way to get your paycheck early, these apps can help you get your money before payday.

While not a payday advance app per se, Chime does offer its customers immediate access to their money. If you have a Chime account with early direct deposit, your wages become available to you the same day your employer deposits them into your account — giving you access to your money up to 2 days earlier³ than traditional banks.

Users who connect their bank account to the Dave app will be notified when their account is nearing a zero balance to help avoid overdraft fees. The app gives you the option to request a cash advance of up to $200 from your next paycheck. Dave puts the money in your account and then deducts it when you get paid. Dave has a minimal membership fee of $1 a month.

The Earnin app keeps track of how much you are earning at work each day, using information you provide about your payment schedule and hours worked. Earnin lets you borrow the money you expect to earn so you can cash out when you need to. When your next paycheck hits your bank account, Earnin will automatically debit your account for the amount you borrowed. Earnin allows users to withdraw up to $100 a day, or up to $500 of their paycheck, per pay period.

Brigit is a budgeting app that allows its users to access an immediate $250, for those who qualify. After your account is set up with Brigit, you’ll be able to request a cash advance on your upcoming paycheck. You can use the app’s free plan, which offers financial help, insights into your finances, and overdraft notifications, but to access the cash advance feature, you’ll need to sign up for the paid plan, which costs $9.99 per month.

MoneyLion is a mobile banking app that offers cash advances and early paycheck access. Its Instacash feature is available to anyone with a qualifying checking account and lets users borrow up to $250 of their next paycheck. However, you’ll have to pay a fee if you don’t have a MoneyLion account and need your funds quickly.

Is there a better option for getting paid early?

Stop waiting for your paycheck and start getting paid early³ with the Chime app.

It’s easy to set up direct deposit with your Chime checking account through the Chime mobile banking app. Using Chime’s “Move Money” tab, you can easily access your routing number and your account number, which you’ll need to give your employer. Or, you can tap “Direct Deposit > Email me a prefilled direct deposit form” to get a completed form in your inbox. You can then forward this form to your employer.

What is a payday loan and how does it differ from a payday advance?

A payday loan is a type of cash advance in which the borrower pays the lender back on their next payday, unless the borrower wishes to extend the loan; in that case, additional interest is charged. Payday loans typically range from $100 to $1,000, but despite the small amount of money borrowed, lenders often charge extremely high interest rates, sometimes up to 400%.

In general, because most payday advance apps don’t report to the credit bureaus, using one will not impact your score. However, if you don’t repay the amount you get, and the advance app sends you to collections, it could show up on your credit report and hurt your credit score.

What do I need to apply for a payday advance app?

What are the costs associated with a payday advance app?

The charges you might encounter with a payday advance app will vary depending on the app. Some apps charge a flat fee for each usage; others charge a monthly service fee. There are also apps that are free to use, but most of these encourage their users to leave tips to help the app continue running.

Regardless of whether you use a payday advance app, direct deposit, or get paid the old-fashioned way by paper check, a budget is key to making your dollars stretch. If you haven’t nailed down a plan for spending (and saving), that’s something you should tackle ASAP.

How do you open an account online through Chime?

What is a Cash Advance?

What Is a Payday Loan, and Should I Get One?

How to Set Up Direct Deposit

Home › Blog › Payday Advance Apps: Are They a Good Way to Get Paid Early?

1 Chime SpotMe is an optional, no fee service that requires a single deposit of $200 or more in qualifying direct deposits to the Chime Checking Account each month and Visa debit card activation. All qualifying members will be allowed to overdraw their account up to $20 on debit card purchases and cash withdrawals initially, but may be later eligible for a higher limit of up to $200 or more based on member's Chime Account history, direct deposit frequency and amount, spending activity and other risk-based factors. Your limit will be displayed to you within the Chime mobile app. You will receive notice of any changes to your limit. Your limit may change at any time, at Chime's discretion. Although there are no overdraft fees, there may be out-of-network or third party fees associated with ATM transactions. SpotMe won't cover non-debit card transactions, including ACH transfers, Pay Anyone transfers, or Chime Checkbook transactions. See terms and conditions.

2 Out-of-network ATM withdrawal fees apply except at MoneyPass ATMs in a 7-Eleven location or any Allpoint or Visa Plus Alliance ATM. Other fees such as third-party and cash deposit fees may apply.

3 Early access to direct deposit funds depends on the timing of the submission of the payment file from the payer. We generally make these funds available on the day the payment file is received, which may be up to 2 days earlier than the scheduled payment date.