It’s almost that time of year but, instead of telling traditional Hallo-tales, we’re swapping ghosts and goblins with a little plot twist: Money. 👻

We know what you’re thinking: That’s not the kind of horror story I want to hear. And we totally get it! But fear not—we’ve rounded up some of the scariest money stories we could find, and then turned them into important financial lessons. That way, you’ll get a healthy scare while also learning some money smarts (and situations to avoid) for the future. Sound good? Let’s go!

Wiring money straight to a scammer 👻

Imagine spending years saving your money for a down payment on a dream home, only to lose it all in one fell swoop? Unfortunately, that spooky plot is nothing new. It’s been played out in many ways—one being when scammers enter the picture at the last minute.

One of the final steps in the home closing process is to wire your down payment funds for your home. A wire transfer is a way to electronically send money from one bank to another. In some cases, you can expect escrow companies to send you instructions for the wire transfer in a secured email—which, in theory, outlines all the info you need to send your money.

Unfortunately, hackers have been clued into this process and have started to send emails posing as various escrow companies. They send super-clear wire transfer instructions but, instead of paying for your home, the scammer makes sure that money ends up straight in their account. And once it’s been transferred there, it’s nearly impossible to get back.

Just ask this San Diego family who wired nearly $800,000 to scammers, only to find out that the money couldn’t be recovered.

🎃 The Lesson: Question any instructions that are sent via unsecured email, because your escrow company should only ever send wire instructions through secured email or in writing. And if something doesn’t look right, call your escrow company to double-check the details over the phone. It may feel like an extra step in the moment, but a simple phone call confirmation could end up saving you thousands, so it’s worth it!

Falling into a cycle of debt with payday loans 👻

Many of us need a little help now and again making ends meet. Unfortunately, predatory lenders (like payday lenders) will give you a small amount of money for a short period of time, with a major catch: Astronomical interest rates. And no, that’s not an exaggeration. On average, payday loan interest rates are a whopping 391%!.

Because most payday loans come with super short lengths (typically two weeks), it’s no wonder most people can’t pay it back in that turnaround time, and no coincidence that it’s set up this way. So what happens when it comes due and can’t be paid? Most people need to take out an additional payday loan just to pay off the first, which comes with additional fees.

This cycle of debt can be shockingly expensive. For example, Elliott Clark found himself stuck in this debt cycle with payday loans and his initial $2,500 loan ended up costing him $50,000 in interest. That’s 20x more than he owed in the first place!

🎃 The Lesson: To avoid the payday loan trap altogether, there are a few things you can do:

Taking an unexpected leave of absence 👻

Many of us take for granted that we’re healthy enough to work. But what happens if that changes?

Sharon Epperson suffered a life-threatening brain aneurysm while at the gym, landing her in the hospital for a month. Clearly, she was unable to work during that month, but even after she was released from the hospital, she wasn’t back to the office — she had months of physical and cognitive therapy ahead of her.

In total, she was out of work for a year.

For most people, this would be a financial catastrophe. For Epperson, it actually helped reaffirm that the topics she’d been talking about for years as a financial reporter were important. Thankfully, due to her knowledge and prior planning, she had health insurance, disability insurance, and an emergency fund that could help her family when she couldn’t earn a living.

🎃 The Lesson: No matter how small you start, saving up for an emergency now can pay off in the end. And, whether you’re employed or not, it’s always important to understand your options for health and disability insurance.

Marrying into six figures of debt 👻

Imagine finding out your new husband or wife comes with a bit more baggage than you anticipated, after the fact?. This is exactly what happened to Rachel Smith. in 2015.

“My husband found out very shortly after we were married that he underestimated the amount of student loans he had – by over $100,000,” says Smith, who blogs at Budgets and Kale.

To throw extra monkey wrenches in the mixto the equation, Rachel was also just graduating with her own student loan debt. So, togetherCombined, they both owed a total of $185,000. in student loans. That’s a far cry from the $85,00 they were planning expected to repay.

The final coup de graĉe? Rachel was expecting her first baby. “It all just felt like a huge mess,” she says.

To get themselves out of this financial bind, the couple scrimped and saved, living on less than half their combined income. Then, a short while later, Rachel’s grandmother and father both passed away, leaving them with an unexpected financial gift.

“While I’d do anything to have him back, that is how the remainder (of debt) was paid,” she says. “I used to avoid telling this, but it’s my reality.”

Thankfully, Rachel and her husband are now debt-free.

🎃 The Lesson: Have open and transparent conversations about money early on in your relationship. You can even figure out if it makes sense to create a plan to tackle debt head on so you won’t end up with any post-wedding-day debt surprises.

House Poor and One Step Away From Disaster 👻

You’ve probably heard that owning a home is the “American Dream.”

Yet, buying a home is a major decision that can affect your finances for years to come. Take the case of Lisa, also known as Mrs. Mad Money Monster: A financial blogger who bought her current home back in 2010.

“When I walked away from the settlement table, I only had $200 remaining in my bank account,” she says.

“I was afraid to turn the heat on in the winter or the A/C on in the summer. Even though I was able to purchase the home and move in, I couldn’t really enjoy it because I was living in a constant state of fear over not having enough money to cover all the bills.”

Over time, she started making wiser money decisions and earning more money at her job. Yet she wasn’t able to save significant amounts of money until 2015.

🎃 The Lesson: When thinking of buying a home, it’s a good idea to make sure you’ve set enough money aside beforehand to help avoid financial stress after the purchase. For example, Mrs. Mad Money Monster said she wishes she set aside a 20% down payment and an additional 3-6 months worth of living expenses ahead of time.

We know, these stories can be scary! But they have a silver lining: While we can’t predict every scary financial event, we can do our best to be prepared for them.

Remember to always read the fine print, check for hidden fees, and keep your eye on your long-term goals. And, most of all, save your money so you’re prepared for emergencies and unexpected expenses. Once you’ve got those things covered, one thing’s for sure: your financial life will be a lot less spooky! 🧟‍♀️🧟‍♂️ 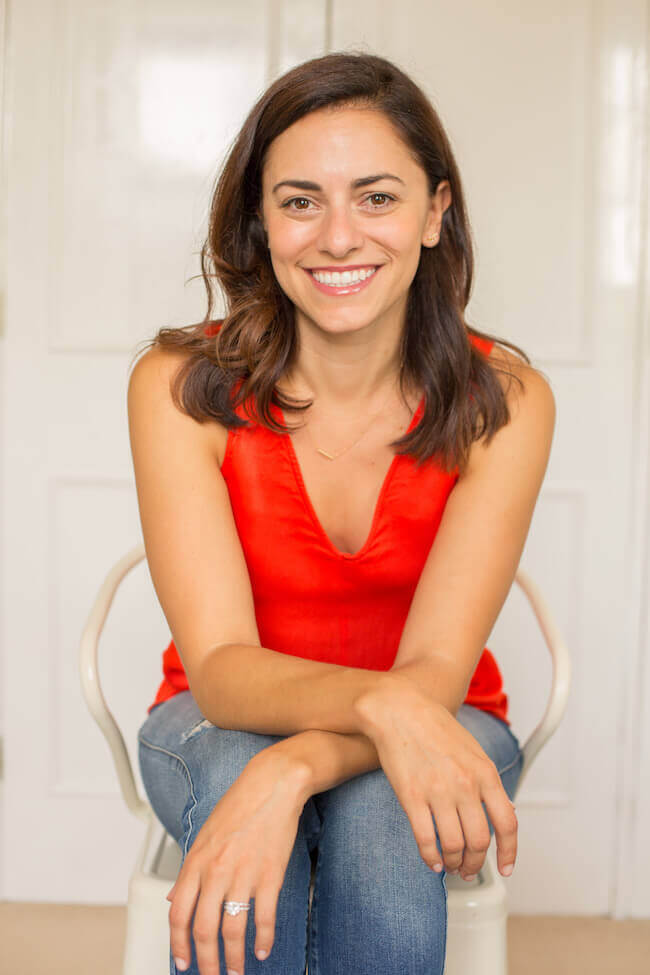 Erica Gellerman
Erica Gellerman is a CPA, MBA, personal finance writer, and creator of TheWorthProject.co. Her work has been featured on Forbes, Money, Business Insider, The Everygirl, The Everymom, and Lifehacker.