Is It More Expensive to be Single vs. in a Relationship?

Is being single really more expensive than partnering up? We’ve covered the financial benefits and drawbacks of flying solo and getting hitched. 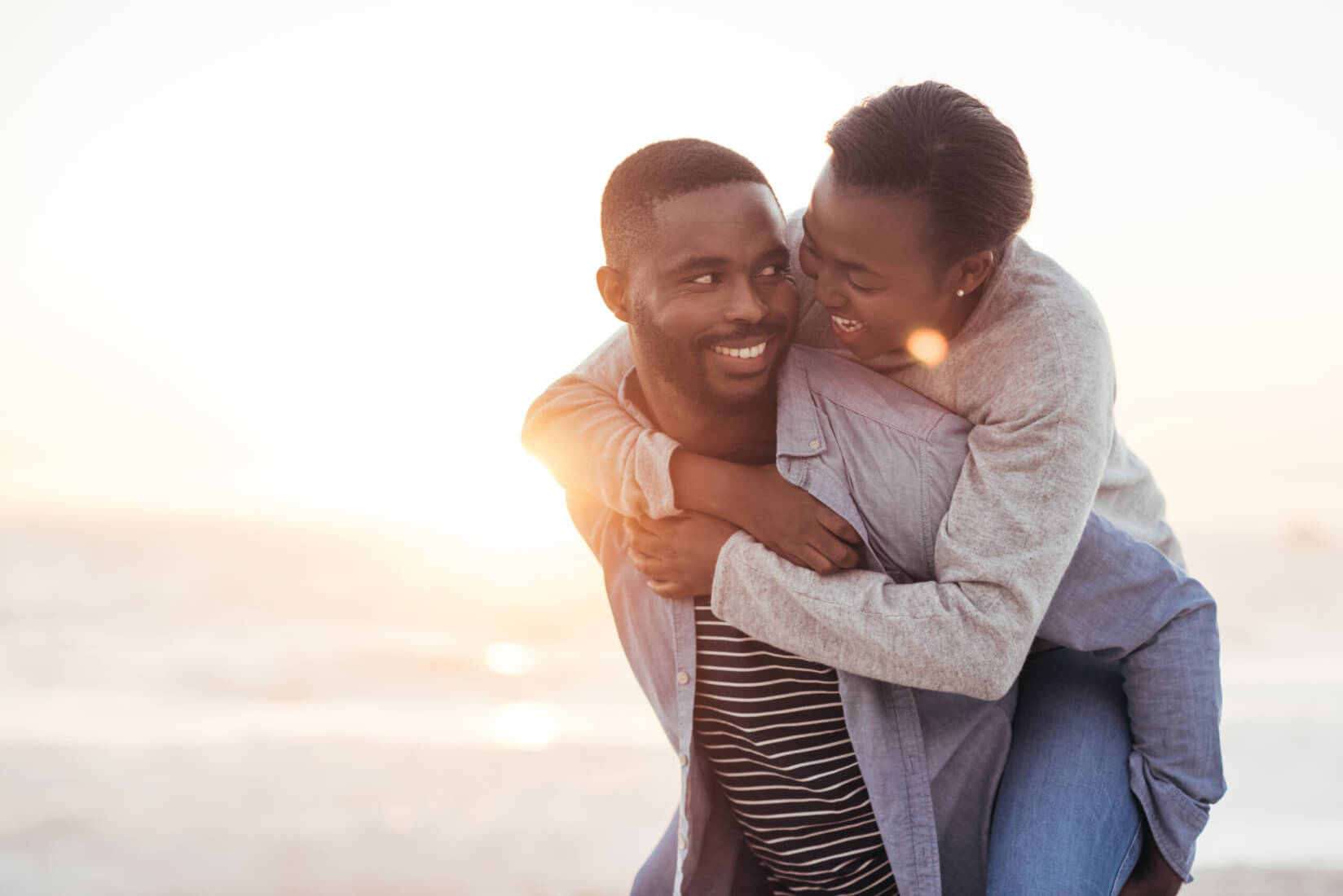 The great debates that rage on as we adult: hard kombucha or tea? Early riser or night owl? Stay single or put a ring on it? Sure, there are social and emotional pros and cons of going solo versus shacking up with your S.O. But we want to know: Is being single more expensive? Or does being in a relationship come with a heftier price tag?

It most likely depends on what side of the fence you’re standing on. We tend to think things are easier for others. For instance, your pal, newly single, is bummed that the days when she went halfsies on everything are no more. You, married, point out that when you’re flying solo, you won’t get blindsided by, say, subscription boxes your hubby unknowingly put on your joint credit card.

While it’s not a perfect science, and each situation is different, both statuses have some general financial pros and cons. Let’s take a deep dive into the money side of being hitched or partnered versus staying single:

What are the financial benefits of being married or in a relationship?

Curious about what the financial benefits are when you’re married? When you’re coupled, here are some financial perks you might enjoy that single folks don’t:

This one’s a biggie. Uncle Sam takes a different cut depending on whether you’re in the singledom or married camp. In short, you’ll most likely pay less in taxes.

When it comes to tax brackets, the scales are tipped in your favor if you file jointly as a married person. Let’s take a look:

Being married or single also impacts how your standard deductions play out. Here are the standard tax deductions for 2022:

Cue the sad music: When you’re single, if you decide to take the standard deduction, you’re only eligible for $12,950. But if you’re married and filing jointly, you can deduct twice as much on your taxes.

Being hitched comes with a handful of other tax benefits like capital gains tax when you sell property. Or if you’re married and filing jointly, for 2021, you can claim up to $600 on charitable cash donations without having to itemize, versus only $300 if you’re filing as a single person.

One thing: If you want to get into specifics about your particular situation, you’ll want to talk to a tax pro. There are times when it might be a more financially sound decision to file separately when hitched. If you’re on an income-based repayment plan with your student debt, filing jointly could mean higher monthly federal student loan payments.

When you’re cohabitating with your partner, you can split everything from the rent and utility bills to groceries and home wifi. And if you’re married, your spouse can be covered under your health insurance plan or vice versa. Some insurance networks allow domestic partners to be insured under their partner’s policy.

While this might not mean all your major living expenses are cut perfectly in half, you can definitely save more on your day-to-day bills than if you were single.

Another financial benefit of being in a relationship is having a co-pilot in your money goals and making faster progress on them. Want to save for that awesome dream vacay to Tulum? Crush that pesky — and costly — credit card debt in a year? Or do you want to squirrel funds toward a down payment on your first abode? Whether big or small, short-term or far-off, being in a relationship can speed up your goals.

Another envy-inducing money perk couples enjoy is that there are two streams of revenue. If you’ve got a DINK (dual-income, no kids) situation, you might be swimming in a larger pool of cash.

Let’s say one of you loses your job. Or one of you is self-employed, and work has dried up. Maybe one of you wants to scale back to help take care of the kidlets or to go full-throttle on launching a side business. In these scenarios, you might have more financial leeway with two possible incomes.

You or your spouse can tap into spousal support and survivor benefits with your Social Security if you’re married. But if you’re single, you can only rely on your work history and earnings to receive Social Security.

Let’s say you and your partner both worked.  If you received more credits or earned more during your peak income years, then your employment history will be used to determine your Social Security benefits. What if you haven’t worked long enough to be eligible to swoop in on those sweet Social Security benefits on your own? In that case, according to the Social Security Administration, you can get up to half of your S.O.’s primary benefit amount. Not too shabby.

Save because you don’t have to deal with dating

Singletons can attest: Dating is expensive. From grooming to subscribing to dating apps to the cost of wining and dining, it can add up quickly. For example, as reported by Dating.com, 75% of single folks expect to shell out $100 on a meal during a date. Contrast that with those who are already shacked up and spend Saturday nights Netflix and chilling.

What are the financial perks of being single?

Being a singleton means you might not need as spacious digs. And it could also mean fewer amenities in your place. Plus, you enjoy greater housing flexibility. You won’t have to quibble with anyone over whether an apartment has central AC or a hot tub if that’s not what floats your boat.

Being single means that it could be a lot easier to get roomies and save on housing costs. While you could potentially share a house with others as a couple, it might not always work in your favor financially.

Don’t have wedding and honeymoon debt

Getting married is expensive, no doubt. Unless you’re one of the few people who stashed cash in preparation for those wedding bells, there’s likely debt from the wedding when you get married. According to The Knot, the average cost of a wedding in 2021 was $28,000, and $34,000 if you include the engagement ring. When you’re single, that’s one big-ticket expense that won’t even cross your radar.

“Lifestyle creep” happens when your living expenses rise as your income rises. In turn, you might not be saving as much as you would like to. It can happen no matter what your relationship status is. However, it can more easily occur when you’re partnered.

Why’s that? Your partner might have different preferences and needs than you. While you might be perfectly happy cooking your meals at home, your foodie partner loves frequenting the four-dollar sign restaurants in town.

Also, when you’re operating on dual incomes, there’s an illusion that you can spend more. Lifestyle creep can also occur when partnered because your other half might be flashing cash on whatever they want. Like, did they just come home with a brand-new Slingshot Roadster? Sure did. Did they run it by you first? Nope.

If you’re newly single, it’s a great time to take inventory and downsize or nix entirely some of those streaming services and food delivery subscriptions that might’ve snuck up on you while coupled. It will help you save — and it’s super cathartic and freeing!

Don’t run the risk of getting divorced

If you’re not married, the chances of dealing with the financial costs of going to splitsville and divorcing are zero. The costs of splitting up can vary but can run into thousands of dollars and upwards.

According to a survey by Nolo.com, the average price tag of an attorney’s divorce fees in the U.S. is $11,300. This includes the legal costs of mediation or going to court and legal fees to get separated. Plus, there’s the big question of whether you’ll be splitting assets and alimony.

Save by not having kids

If you’re single and don’t have kids, you’re looking at hundreds of thousands of dollars in savings. According to the USDA, the cost of raising a child born in 2015 until they’re 17 is $233,610. It’s a jaw-dropping number, no doubt. And it doesn’t include sending them to college, which can easily add another $40,000 plus.

But everything from diapers and daycare to the costs of food and clothes on their back adds up quickly. That’s money you can put toward your savings, debt payments, or another money goal.

Don’t worry about taking on someone else’s debt

Here’s the thing, if you live in a common law property state (there are 41 of them), you won’t need to fret over acquiring your spouse’s debt. That’s because assets and debt either of you acquires while you’re married are yours.

But if you live in a community property state – Arizona, California, Idaho, Louisiana, Nevada, New Mexico, Texas, Washington, or Wisconsin  –that credit card debt, personal loan debt, and car debt that you take on during marriage are considered shared. When you’re single, that’s not a concern that will ever cross your mind, nor is it something you might get sacked with down the line.

Always in the driver’s seat on all your financial decisions

It might seem like all sunshine, lollipops, and rainbows when couples enjoy certain financial perks like tax savings and dual incomes. But when you’re coupled, you need to hash out your priorities and goals and how money plays into them.

If you and your boo have different narratives and experiences around money you’re bound to butt heads occasionally. For instance, they might be more than happy to spend $100 or more on a weekly dinner, while you’d prefer that money go toward paying off your student debt.

Getting on the same financial page with a partner isn’t always easy and requires work. When you’re single, you have complete autonomy over your money decisions.

Battle stations: Costs of being single vs. being in a relationship

So is being single more expensive? Or is being in a relationship? This chart can help you quickly make heads or tails of it all:

Whether you’re single or in a relationship, you can make your money situation work for you. Think of it as a game of sorts; flex the benefits, minimize the downsides as best you can, and make trade-offs when and where they seem fit.

And remember: What we just talked about are generalities. Only you know the nuances of your unique situation. You got this!

How Much Does It Cost to Get Married?

Relationships and Money: 5 Financial Questions to Ask Your Partner

Should Debt Be a Deal Breaker in Serious Relationships?

Home › Blog › Is It More Expensive to be Single vs. in a Relationship?