How to Use a Cardless ATM

Cardless ATMs can save you time and increase convenience when you conduct ATM transactions. Here’s how cardless ATMs work and what their pros and cons are. 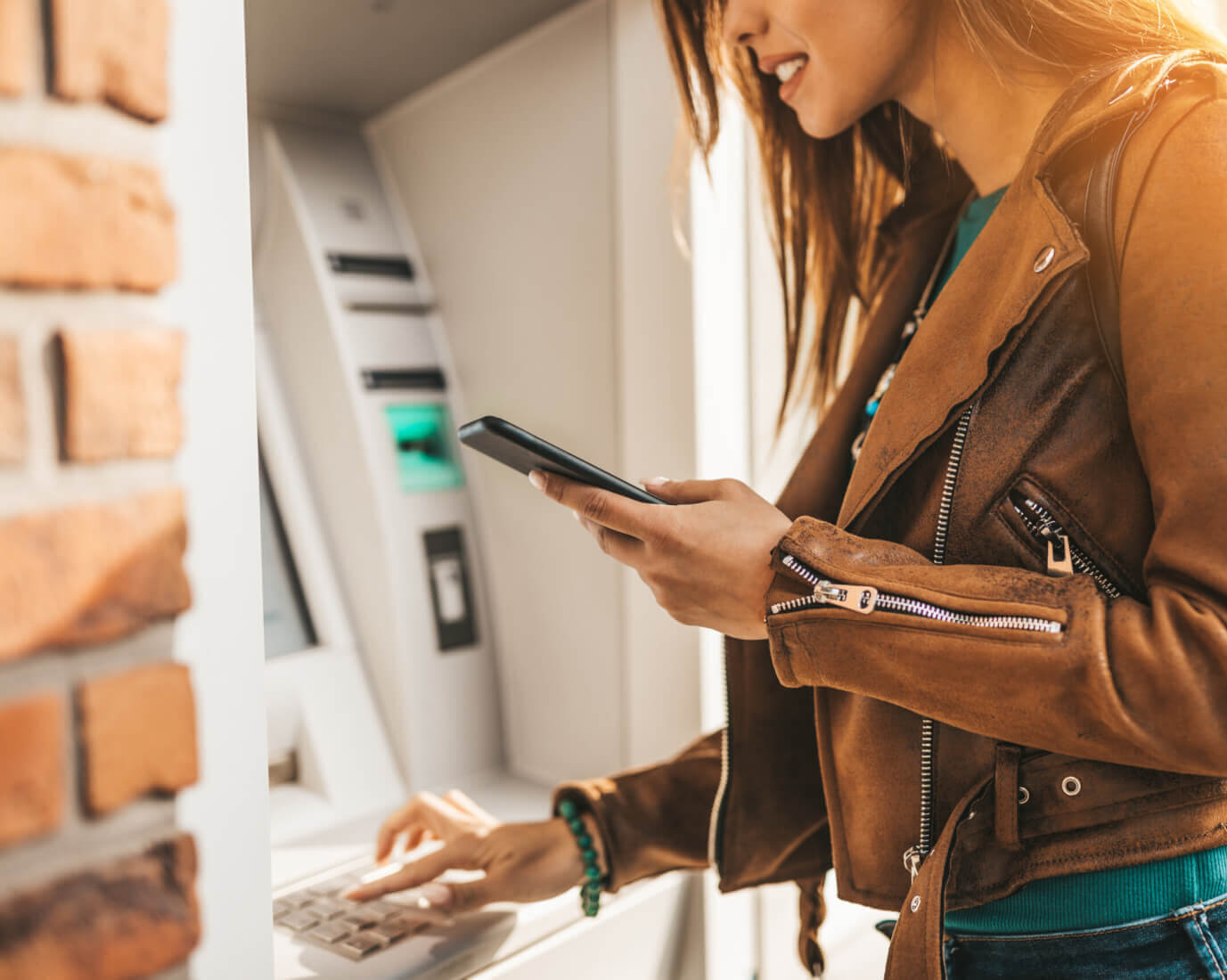 According to a Forbes survey, the vast majority of Americans prefer to bank digitally. Among the various digital banking app features available, the survey found that the most valuable ones to consumers were apps that allow for the transferring of funds between accounts, mobile check deposit, and viewing statements and account balances. In this smartphone-driven world, almost everything we do can be done through our mobile devices, and this includes accessing a cardless automated teller machine (ATM).

Just as cash is slowly becoming extinct, so too are physical bank cards, like debit cards. Many bank customers can now easily access their bank’s ATMs without the use of an actual debit card. While cardless ATMs have been around since 2016, they are starting to pick up in popularity and in availability.

Here’s everything you should know about cardless ATMs.

What Is a Cardless ATM?

A cardless ATM (or contactless ATM) is exactly as it sounds: It’s a way for consumers to access their funds and conduct transactions through an ATM without needing to use their debit card. Instead of requiring a card, these ATMs use different forms of technology to verify your account, usually through a mobile app on your phone. A cardless ATM gives you the exact same access as a regular ATM, meaning you’ll be able to conduct withdrawals, balance inquiries, and everything else you already do at an ATM.

Many traditional banks, like Wells Fargo, Chase, and Bank of America, already offer ATMs with cardless access. But non-traditional financial institutions, such as credit unions and online banks, likely offer this service as well.

Chime members have access to 60,000+ fee-free in-network ATMs1. To find a fee-free ATM near you, download the Chime mobile app and tap on the ATM map. You can also search Chime’s ATM network here.

How Do Cardless ATMs Work?

Cardless ATMs rely on different types of technology in order to verify your identity and allow access to your bank accounts. Here are some of the ways cardless ATMs connect your information to the ATM:

Near-field communication enables 2 electronic devices to communicate with each other in close proximity using radio frequency. Tap-to-pay technology, such as Google Pay, Apple Pay, or even a credit card with an NFC chip, use NFC technology. When you tap your phone, information is being sent about your card to the ATM. Once the machine verifies it’s received your information, you’ll normally be asked to enter your PIN or use additional methods to authorize the transaction.

In some cases, a cardless ATM will use a QR (quick response) code to communicate information. To use a cardless ATM with a QR code, you simply point your mobile device’s camera at the code and allow it to scan — this will verify your identity. Once your identity is verified, you’ll be able to complete your transaction.

Biometric technology relies on physical attributes, such as facial recognition and fingerprints, to verify your identity and allow access to your accounts. This verification technology is most commonly used in phones and laptops, but can also be used with banks and ATMs. When you access a cardless ATM with biometric technology, the machine will typically scan either your face, fingerprint, or iris. That information will then be compared to the data you have on file with your bank. If it matches, you’ll be given access to your accounts.

How to Initiate a Cardless ATM Withdrawal

The process to access your accounts and conduct withdrawals via a cardless ATM may differ slightly depending on the bank and the type of verification technology it uses. But in general, you can take these steps to get started.

Once at the ATM, open your banking app and initiate your withdrawal. If you have an eligible mobile wallet, you can also open that and select your bank’s debit card.

If the ATM uses NFC, tap your phone on the contactless symbol on the ATM. If the ATM uses a QR code, scan the code with your mobile device’s camera. Some other verification prompts might appear as well, so follow the instructions.

Once the ATM has verified your identity, you’ll be asked to enter the ATM PIN associated with your debit card. Proceed with your transactions per usual.

Pros and Cons of Using a Cardless ATM

While there are plenty of advantages to using a cardless ATM, namely convenience and security, cardless ATM access does still have its fair share of disadvantages, as well.

Let’s take a look at some of the most notable pros and cons of cardless ATMs.

How do I use a digital wallet at an ATM?

You can use a digital wallet at an ATM that uses NFC technology to conduct cardless transactions. To use your digital wallet, you tap your phone against the contactless symbol on the ATM, and your phone’s digital wallet will open. From there, select the card you’d like to use, and enter your PIN. Then proceed with your transaction.

Final Thoughts: Should I Use a Cardless ATM?

If you’re like most Americans, the ease and convenience of technology-based banking will appeal to you, and this includes cardless ATMs. So if you frequently leave the house without cash or your wallet (or if that would add value to your life), then utilizing cardless ATMs will most likely be the right choice for you. Using a cardless ATM will also help reduce the risk of losing your wallet and cards or having them stolen. Just make sure to have security features enabled on your phone.

However, if technology is more of a burden than an aid for you, you may want to stick to the more traditional way of accessing an ATM via debit card. The main deciding factor will be if your go-to bank has reliable cardless ATM access. If it’s not feasible, then make sure to have your physical wallet with you when you leave the house.

Katana Dumont
Katana Dumont is a freelance writer and Digital Content Specialist. She writes articles focused on simplifying personal finance topics, with the hopes of educating young people on the importance of financial literacy.

Cashless Society: Everything You Need to Know

Virtual Credit Cards: What Are They and How to Use Them

Home › Blog › How to Use a Cardless ATM

1 Get fee-free transactions at any MoneyPass ATM in a 7-Eleven location or at any Allpoint or Visa Plus Alliance ATM. Otherwise, out-of-network ATM withdrawal fees may apply.