The job market for 2022 may look very different for new college grads and existing workers. If you're considering a job change or returning to the market after being unemployed, here's what may be shaping up. 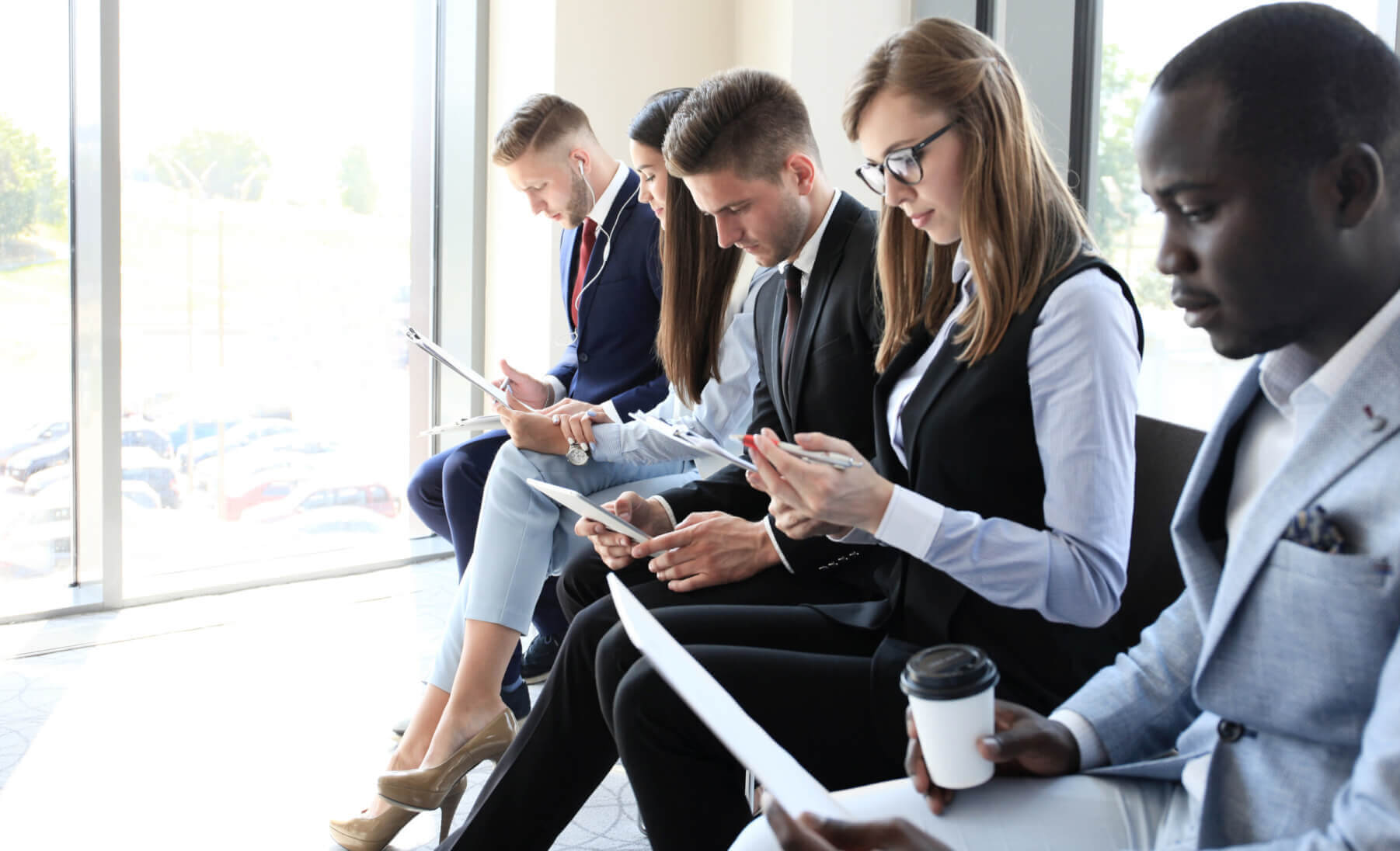 Slowly but surely, the workplace is starting to look a lot like it did in 2019. While plenty of Americans are still working from home, part of the return is due to offices reopening to employees.

The October jobs report saw over 530,000 jobs added to the economy and unemployment edge down slightly by 0.2%. Meanwhile, millions of people are quitting their jobs to find new ones or start their own businesses as the Great Resignation continues.

So what’s in store for the job market in 2022? And how might it affect your wallet? If you’re looking for work or thinking of making a switch, here are some of the most important trends to watch.

The COVID-19 pandemic saw an uptick in the number of people working from home and remote work doesn’t seem to be going away anytime soon. In fact, according to a McKinsey report, 90% of companies say they’re open to adopting a hybrid work model that combines remote and in-office work.

If you’re looking for work, this could mean more remote job opportunities will soon be opening. And if you’re already employed, it’s possible your employer could jump on the remote work bandwagon.

Either way, it’s important to consider what’s better for your budget: Working from home or working in an office? Both have pros and cons and both can impact you financially in different ways. So if you’re thinking remote work might be a possibility for you in 2022, it’s important to consider the potential costs as well as how it could save you money.

2. Salaries may get a boost

The current job market has many employers scrambling to fill positions. But they may need to raise wages to do it.

According to a Robert Half survey, 49% of workers feel that they’re underpaid. And 31% of employees say they’d consider leaving their jobs if they don’t get a pay raise heading into 2022.

The good news is that starting salaries for professional occupations are expected to rise 3.8% in the U.S. as employers, per the Robert Half report. So that could mean more money in your paychecks if you’re on a professional career track.

Hourly workers may also see a boost as more companies raise their minimum wage. Costco, CVS and Starbucks are just some of the companies that have increased minimum wage to $15 an hour or pledged to do so in the near future.

If you hope to get a pay raise in 2022, now’s the time to think about how to make the most of it. You could use it to pay off student loans or other debt, for example. Or you could use a pay raise to give your emergency savings account a boost.

3. Prospects are bright for new grads

The job market saw a lot of uncertainty in 2021 as employers tried to keep their bottom lines in the black while managing labor shortages. Looking ahead to 2022, 60% of employers say they’re set to increase hiring, according to data from the National Association of Colleges and Employers (NACE). Plus, employers plan to hire 26.6% more new grads from the Class of 2022 than they did from the Class of 2021.

If you’re on schedule to graduate in 2022, it’s never too early to start networking either. And you can start getting prepared to enter the job market by working on your resume.

So, should you pay for resume services? Having a professionally written resume could help you stand out in a competitive job market. But whether it’s worth the several hundred (or thousand) dollars you may spend can depend on the type of jobs you plan to apply for. So before you pay, consider the return on investment you might expect if your resume helps you to get hired.

4. Certain fields are set to grow more than others

When you’re looking for work or contemplating a job change, it pays to know which fields are poised for the biggest growth. According to data from the Bureau of Labor Statistics, the fields set to see the biggest hiring increases in 2022 include:

If your current job isn’t in any of those fields, you might be wondering whether it’s worth going back to school. The short answer is that it depends.

There can be a big difference between going to a trade school or getting an associate’s degree versus earning a graduate or professional degree, in terms of cost. So you have to consider how you’ll pay for it and whether that involves taking out student loans. Once you have an idea of what going back to school might cost, you can weigh that against what you may be able to earn with your new degree to decide if it’s worth it.

Whether a job candidate is vaccinated against COVID-19 or not may affect their ability to get hired in 2022. In a ResumeBuilder.com survey, 33% of employers said they would automatically toss a resume that didn’t include vaccination status. And 63% of employers were mandating vaccinated status for employees.

Vaccine mandates have been hotly debated and the possibility of having to disclose vaccination status when applying for a job is something job seekers or job changers need to be aware of. Candidates who are unable to get hired because they’re unvaccinated could see their earning potential shrink.

This could be an incentive for more workers to pursue side hustles or businesses of their own. And even if vaccination status isn’t a stumbling block to getting hired for you, there are still some good reasons to consider starting a side hustle or two. The extra money you earn on top of your paychecks could help you to get out of debt faster, save money toward a home or reach another important financial goal.

6. Virtual interviews could become the norm

Social distancing requirements made it difficult for employers to sit down face to face with job applicants in 2020 and 2021. Looking ahead to 2022, it’s possible that virtual interviews could stick around at least for a while.

So how do you prepare for a virtual interview to make the best impression possible?

Preparing for a Zoom interview isn’t that different from preparing for an in-person job interview. It involves researching the company beforehand and preparing some go-to answers for the most commonly asked interview questions. And of course you’ll want to look your best and make sure your internet connection is up to speed.

Will you need to spend money?

You might, if you need a new outfit or you want to spruce up your interview space at home. If you plan to spend any cash getting ready for a job interview, remember to set a budget for it and stick to it. And you can use apps that pay you cashback or coupon websites when you shop to save on the things you buy.

The new year could be a great time to make a move to a new employer, get back into the workforce if you’ve been unemployed or land your first job if you’re getting ready to graduate. Staying ahead of the trends in a changing job market could help you to fatten up your bank account in 2022 and beyond.

Should You Switch Jobs for the Money?